When I think about the screen images that startled me into a new way of thinking, one always surfaces first. Agnes Varda’s 1986 masterwork Vagabond, about the short life of a young homeless woman played by Sandrine Bonnaire, is filmed in faux-documentary style. It opens with the discovery of the woman’s body in a ditch, and returns to that scene in its last moments. Her story is told in flashbacks and by people she met along the way. As I remember it — the film is not online — in its last moments, Varda’s fictional interview subjects offer last thoughts. One, a man who briefly loved her, simply gazes into the camera, bereft. As a young cineaste that sight shocked me – here was grief, in all its complexity, expressed calmly and in silence. A close-up demanded that I remember the humanity of a woman the world would make a statistic, and the pain her absence created.

Anderson .Paak’s new song, “Lockdown” – and especially its video, directed by frequent Kendrick Lamar collaborator Dave Meyers – conveys a similar cathartic intimacy and makes it explicitly political. Set against an easy-rolling funk groove characteristic of the artist’s summery sound, the song relates .Paak’s own experiences attending recent protests and voices his belief in the righteous motivations behind them. The video opens with .Paak and a crew – the group looks like a cross-section of Los Angeles – at a restaurant that invokes Southern lunch counters, the sites of an earlier generation’s uprisings. Exhilarated, they laugh and share just-made memories. But about 17 seconds in, the screen fills with .Paak’s face. He looks downward. He is exhausted; he rubs his forehead, where there is a wound. These memories are built from trauma. Parallel shots of his companions document their facades crumbling. As .Paak raps in a quiet tone that sweetly violates social distance, the camera becomes a witness to what happens beyond the news reports and iconic images that have lately filled our social media feeds. Here is the downtime of the uprising, where people doubt themselves and comfort each other, hold their children and silently mourn the losses that have drawn them into the streets.

Close-ups come in several varieties; visually and sonically, “Lockdown” plays them off each other. Those direct looks into the camera recall not only Varda’s work but that of Barry Jenkins, whose films explore the hidden corners of black experience. They also harken back to landmark videos like Sinead O’Connor’s unforgettable owning of Prince’s “Nothing Compares 2 U” (directed by John Maybury) and D’Angelo’s wildly misread challenge to the white gaze, “Untitled” (directed by Paul Hunter and Dominique Trenier). Like those long stares, this video demands that viewers take a pause and consider just who they might call “victim” or “object,” or “hero” or “icon.” 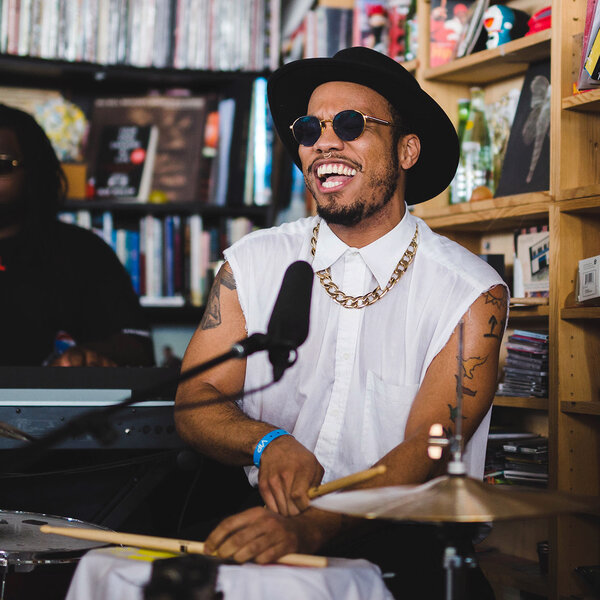 The video’s final images might seem cliche, if not for these previous close-ups. Arriving home, his wound still smarting, .Paak’s son come down the stairs. There’s a shot of the boy’s tiny hands laying against his father’s open palms: it’s a vision of inheritance, the transmission of sorrow and the will to continue. The pair sits on the couch and .Paak holds Soul Rasheed near, a tear staining his face. Then, his face becomes animated, a line drawing rapidly turning into the names of George Floyd, Breonna Taylor, Rayshard Brooks and many others, whose deaths at the hands of police have fed the movement that so many are extending in protest after protest. Downtime is not a relief; it creates its own close-up. Paak has said to his audience: keep your eyes on us, the prize. Rap Is Greater Than Music